The Japanese love Christmas almost as much as Americans do. To celebrate, our hosts here set up a wonderful Christmas adventure for the kids – a petting zoo.

This petting zoo wasn’t like any I’d been to in America. There were no rules, no boundaries, and MBH and I weren’t sure if all of the animals were going to make it out alive.

Instead, the kind gatekeeper let the kids and the animals do pretty much whatever they wanted. Which, for our son, meant patting each and every animal on the backend (the non-bitey end) in greeting. For the animals, it meant cowering in fear as the masses of toddlers descended upon them.

The highlight of the petting zoo was the pony ride.

I didn’t think our son would have any interest in the pony, but he sat still for the entire :30 ride and when it was over, he would have taken ten more turns! Once we unleashed him on the petting zoo, however, all thoughts of the pony were forgotten. 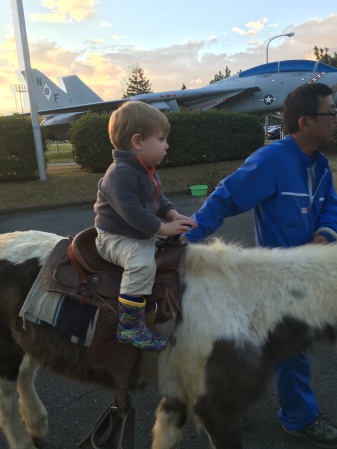 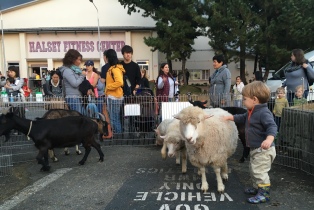 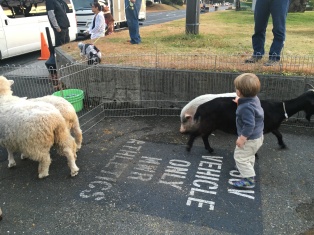 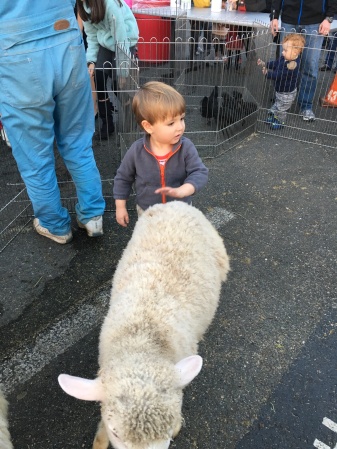 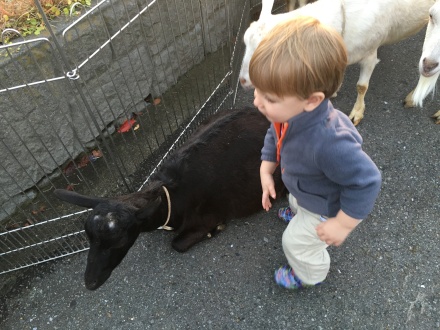 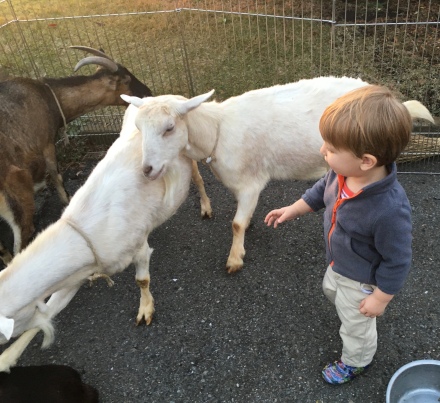 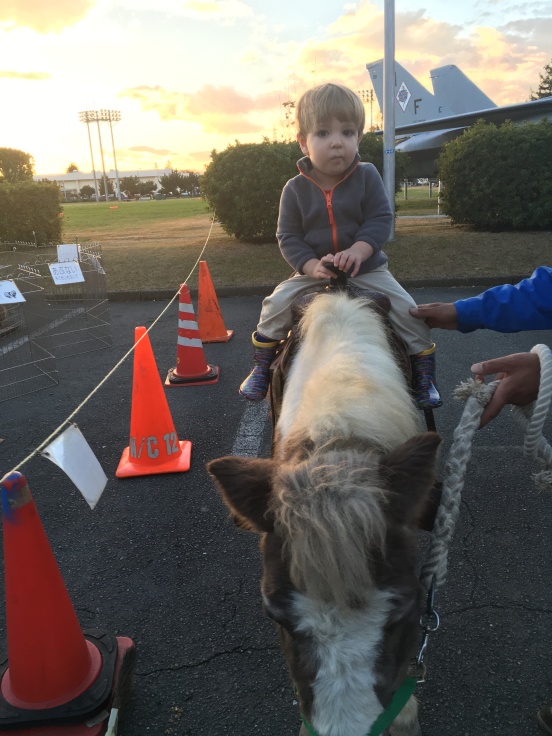 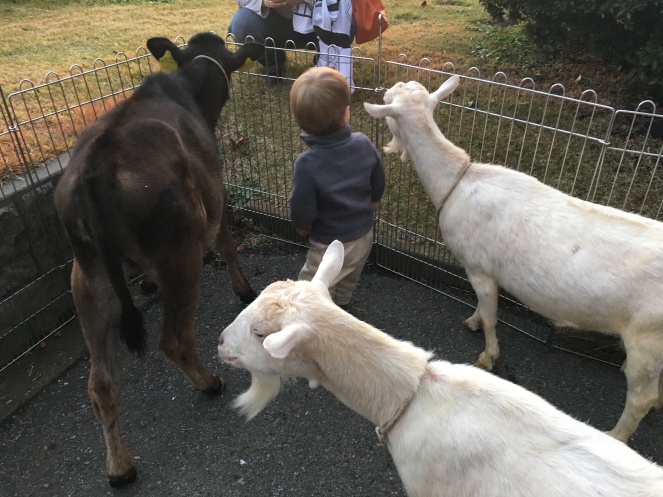 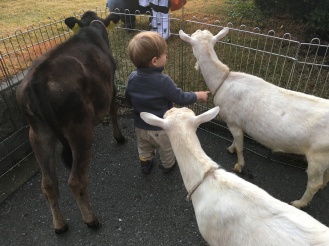 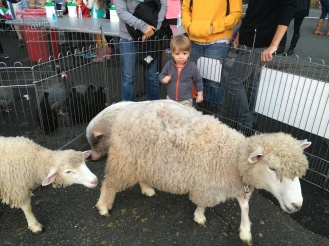 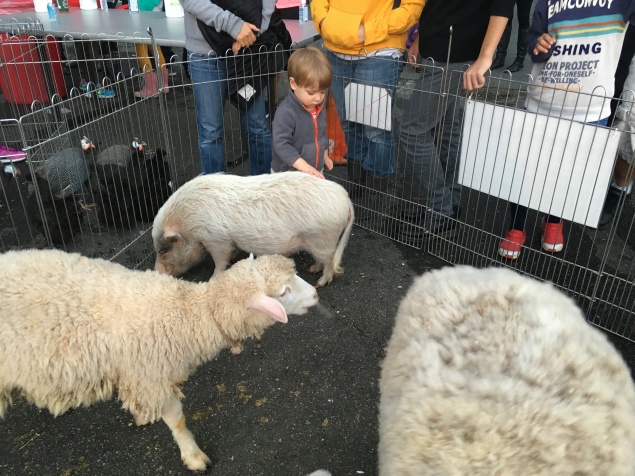 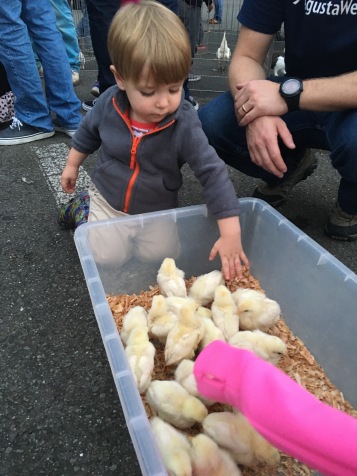 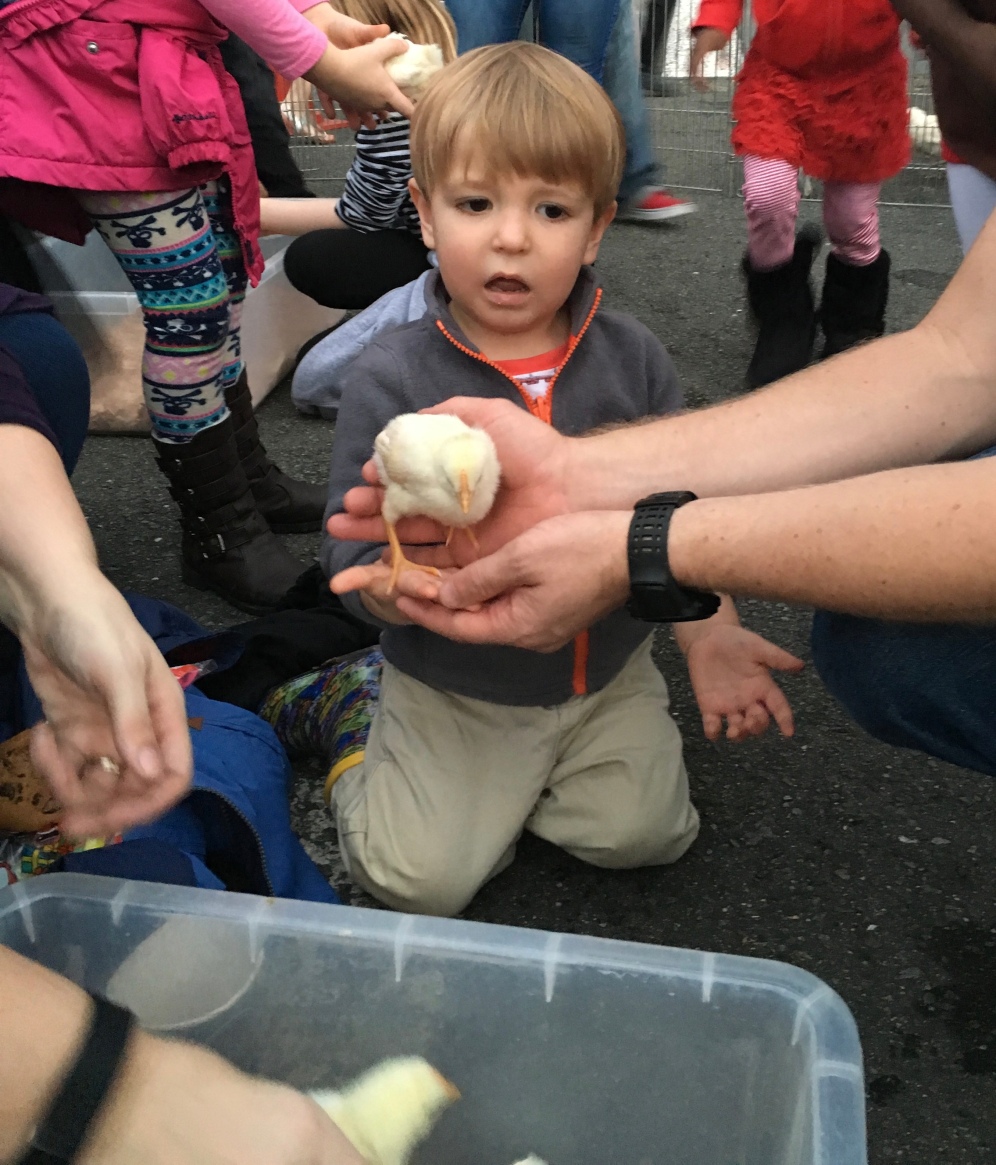