Of all the incredible things we knew our family would experience in Japan, my better half was most excited about all the wild and crazy foods we’d get to try. Sushi galore! Noodles! Things we couldn’t pronounce and couldn’t even guess!

During our visit to Kamakura, we had our first food adventure. Searching for a place for our field trip group to have lunch, MBH came across a little food stand on the main drag with a happy photo of an octopus. He stopped to investigate.

It was freshly made octopus crackers. After a few grimaces and “Are you really going to eat that?” MBH declared that yes, he was, and placed his order. Then we watched.

The chef pulled out a bowl of fresh octopi.

He added a few octopi to the giant press, along with some flour, shut the lid, and turned the lever to tighten it. Again and again, he cranked the press more tightly shut, until the octopus melded with the flour and became wafer-thin crackers.

Then it was time to taste.

Not gonna lie, I was pretty nervous. Especially after holding the cracker up to the sun and seeing all the smashed octopi clearly. 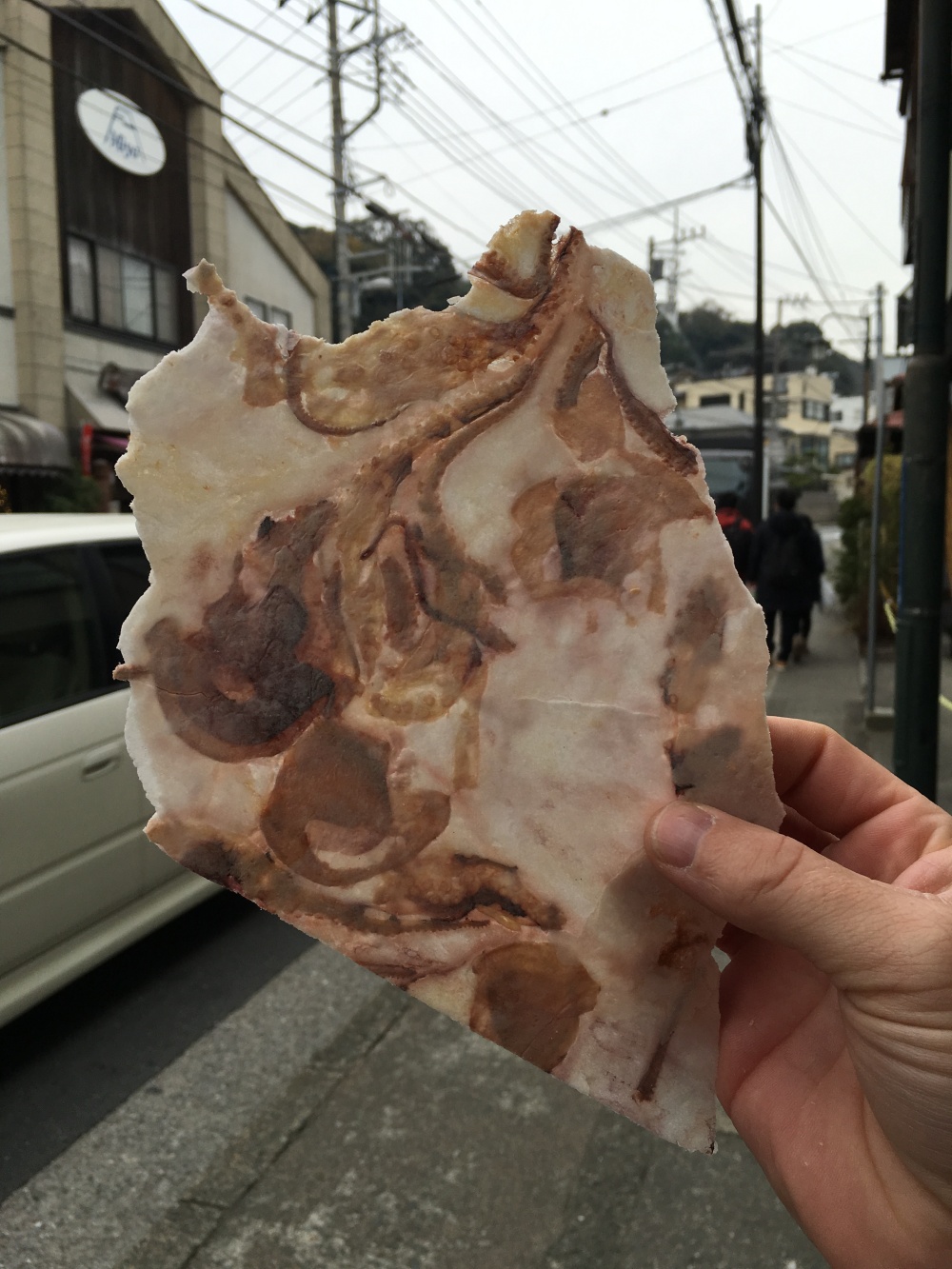 But it was delicious! It was a bit remnicsent of calamari, which shouldn’t have been surprising but was.

After demolishing the crackers, we trekked with our group to the Hase Diner, nestled right near the train tracks. With easily identifiable photos, we pointed to the item we wanted, and thought this trip would be an easy one.

I ordered fried fish, which came served over rice with a boiled egg and a bowl of soup on the side. It was pretty delicious, especially with a splash of soy sauce. Toward the end of the meal, I turned my attention to the soup, and realized what I’d thought were noodles in the soup were really something that looked a bit more like worms.

I turned back to my rice dish, and realized the ‘noodles’ were in the dish too. I took a closer look, and yes, the tiny worm-like things were there too. That they were the fried white fish I’d ordered.

Let’s just say that the absolute best time to realize what something really is, is just after you’ve eaten it. It was delicious, it was too late, and that’s all that really mattered.