Thus read one of the reviews that had us convinced Robot Restaurant was the perfect way to spend a Valentine’s Day quadruple-date. We packed up the Mobilio with friends to head to the train station, and we were off to Tokyo for a wild night of adventure.

From the moment the show began, Robot Restaurant was possibly the most ‘Japan’ experience we’ve had yet. Crazy technology, lots of color and flashing lights, dancing, and of course, robots. 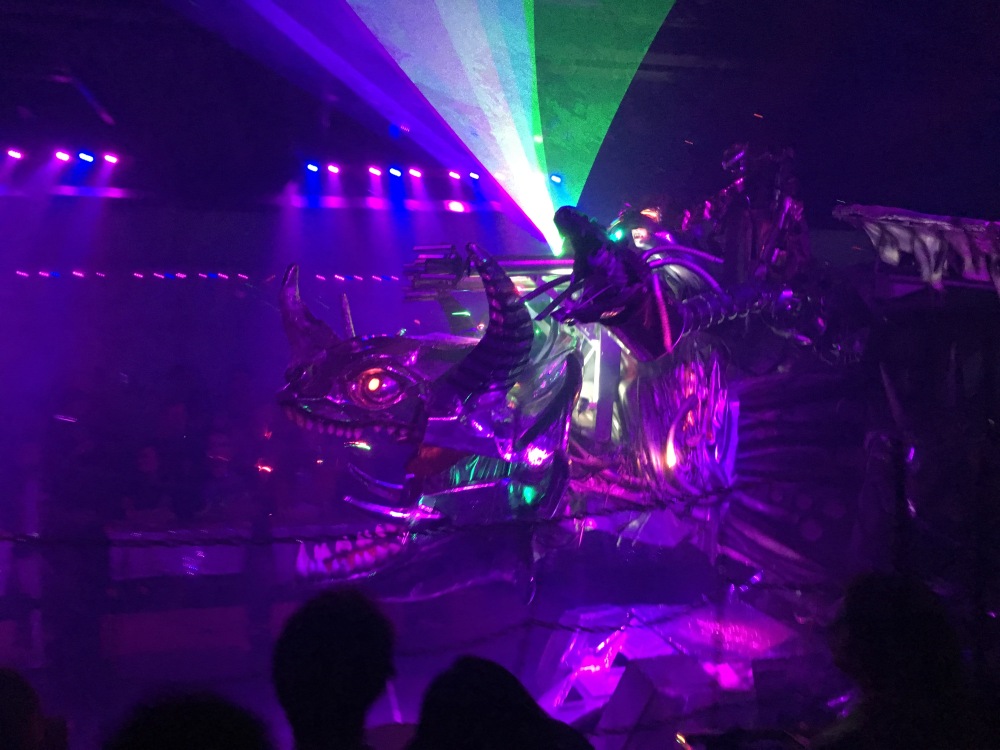 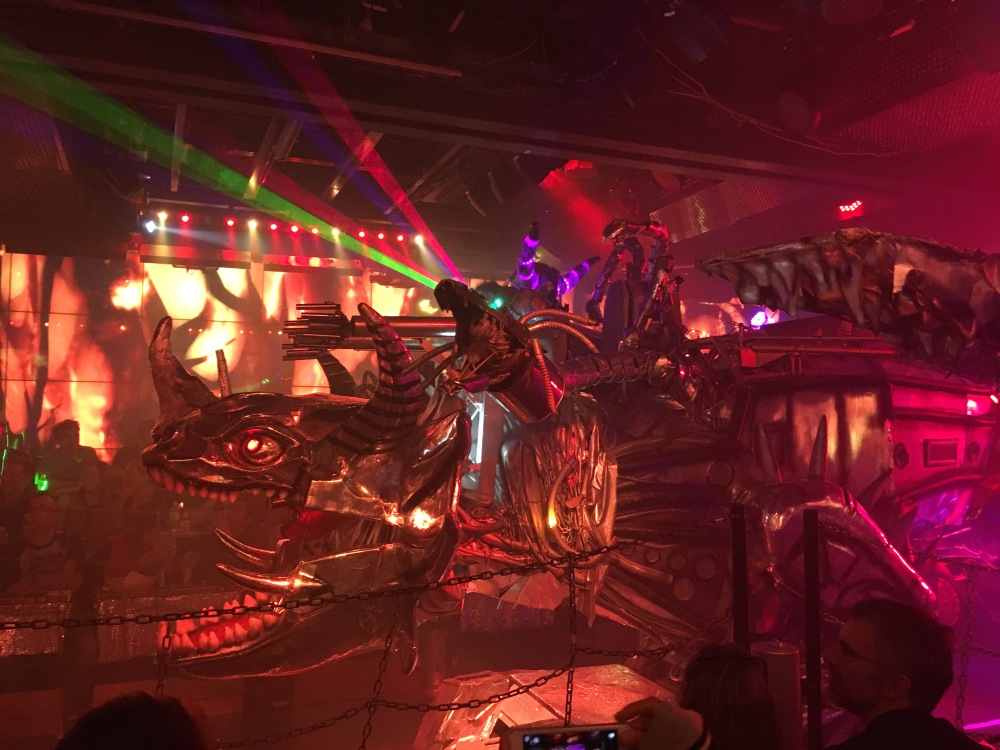 Then it was time for a dance-off from all the humans, which after the heart-stopping, constant excitement of the robots was a chance for us all to regroup, look around, and wonder wtf had just happened. But before long, there were more robots! 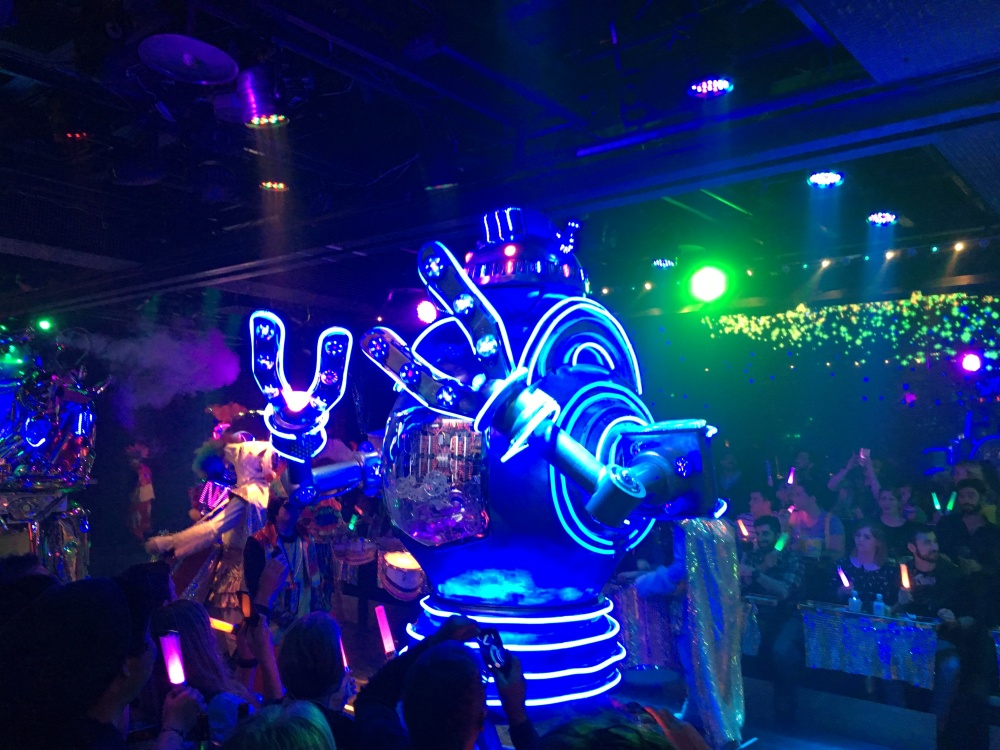 To top it all off, as a special Valentine’s Day surprise, the audience was gifted with a special Robot Restaurant Kit Kat. I’m obsessed with all the only-in-Japan flavors we’ve tried, but these were the good-old-fashioned original chocolate.

After the (yes) life-changing experience of Robot Restaurant, we ventured out into Shibuya for more drinks, and stopped at Kirin Bar, of which there are about 100 in a one-kilometer radius.

And it wouldn’t be Valentine’s Day unless our gang took the Limited Express Romancecar back home. 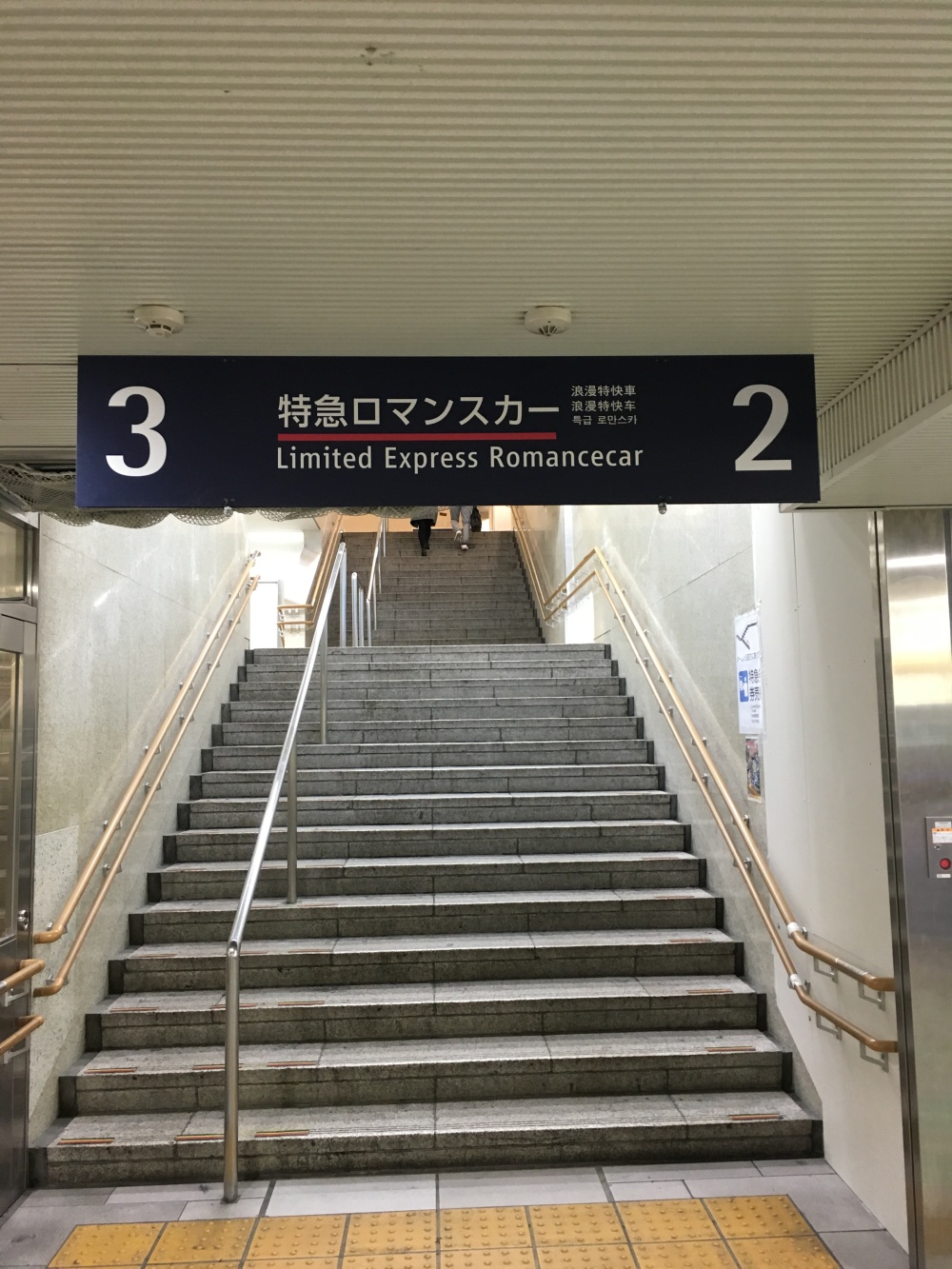 Unfortunately, this is the only suitable photo we took as none of us were anywhere near classy enough to be using the Romancecar. We thought the eight of us had the car to ourselves. We did not. The Japanese people on the car were just behaving with decorum, of which we had none by this point.

We were (politely) asked by a train conductor to keep it down, and tried and failed miserably. Approximately 20 other people exited the car politely at the end of their journeys, all of them managing to have kept the train silence dictated by Japanese culture the entire time.

The best part of Japanese culture when you are in the midst of committing a faux pas, however, is that sometimes eye contact can be considered rude. So while they may be thinking that you are the worst person ever, they probably won’t even look at you to judge you to your face. This brings joy to my heart every time our son is being a toddler on the train, and it was just as joyful to close out our Valentine’s Day.

To book Robot Restaurant, contact ahead and reserve tickets here. The show is extremely popular with foreign visitors to Tokyo, so book well in advance of your trip!