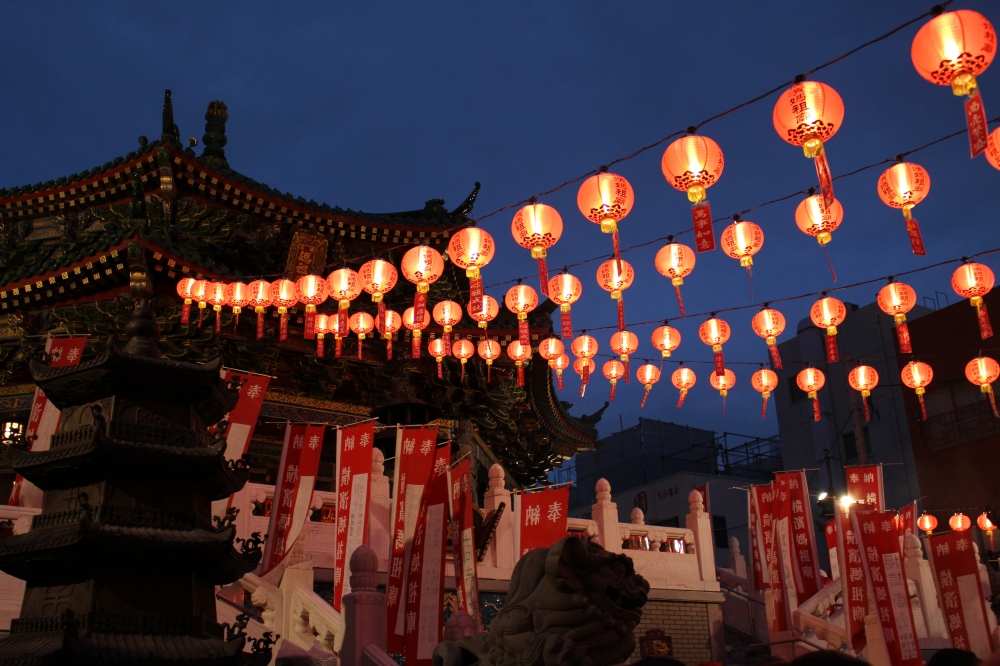 After several failed attempts, I finally made it out to some of the Chinese New Year celebrations in Chinatown! Beginning in early February, Chinatown in Yokohama held multiple parades and performances, and we’d managed to miss every one for one reason or another… such as walking to the wrong park.

(Seriously. There’s a Yamashita Park, which is enormous and right on the water with a gorgeous view. Just the right size for hosting an enormous Chinese New Year celebration. There’s also a Yamashita-Cho Park, which is approximately one tree. Granted, it’s in the middle of Chinatown. Which park do you think the famed Chinese New Year celebrations would be in? I chose wrong, and that’s all we’ll say about that.) 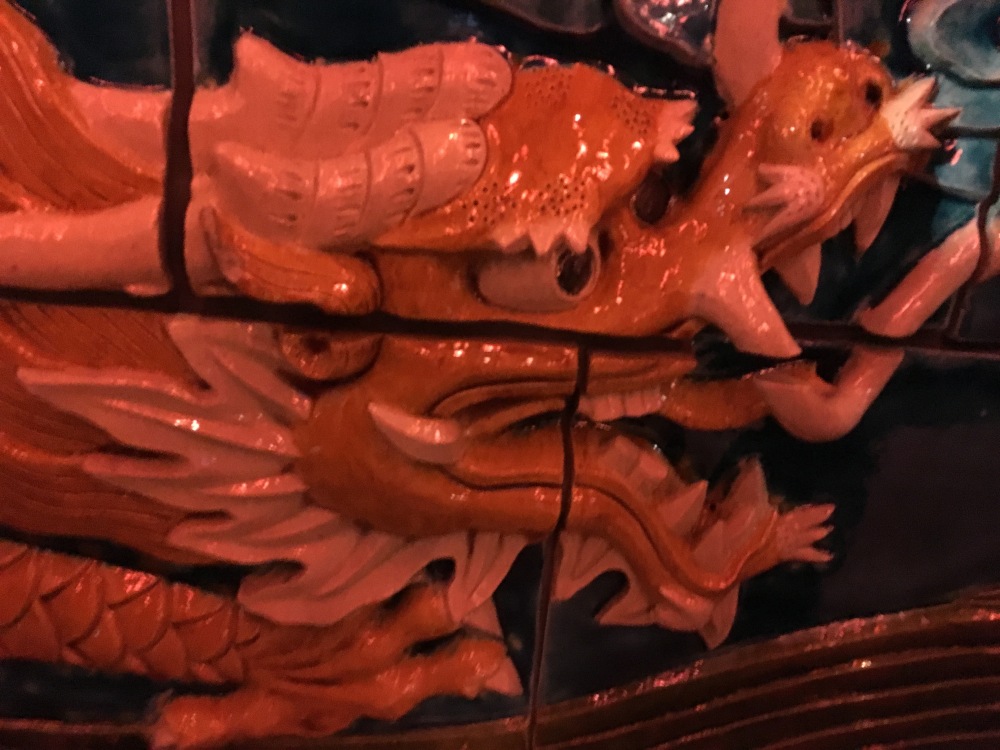 At last, I made it to Chinatown for the closing celebrations of Chinese New Year – in what was billed as a solemn evening of lantern lighting. Nowhere did it say that lanterns would be released into the sky or floated beautifully out into a river like the ending to a Disney movie, yet that is exactly the vision I had.

My son and I ventured out with a group of adventurous spouses on a drizzly early evening, and made it to Chinatown just in time for the performances. There were drummers (which my son loved), firecrackers (which we were unexpectedly standing right next to but were also beloved), dancers (huge hit!), and Chinese dragons dancing through the crowd – which my son hated with the fire of a thousand suns.

As night fell and the performances went on, we were sure that the lantern lighting was just around the corner. Maybe we would get to participate! Maybe we could each light a lantern and send it off with hopes and dreams and wishes for the upcoming year into the darkening Japanese sky!

Alas, no. Our dream was not to be. After one last rousing performance by the dancing dragons (which my son missed entirely because his head was buried in my shoulder, the better to hide from them), the crowd dispersed.

Revealing the lanterns. Lit, beautifully decorated, yet heartbreakingly stationary. No beautiful cartoon moment for us. Only a wonderful evening of culture, friendship, and celebration of hope for another year of happiness and health. Womp wommmmmmmmp.

To reach Chinatown, travel to Yokohama on the JR Negishi line, exiting at Ishikawa-cho Station. Chinatown is a short 10-minute walk from the station, and easy to find. Despite what *some people* might believe, Chinese New Year’s celebrations are typically held in Chinatown, not the gorgeous expansive park several blocks away with a nearly identical name.