One of the activities I’ve enjoyed the most in Japan has been the monthly cooking club – which, if you know how much I love cooking, ought to be an enormous surprise.

Each month, the American and Japanese spouses get together to cook a traditional meal from one culture or the other. My first cooking club was an American month, and the menu was traditional New Orleans in honor of Mardi Gras.

Signing up, I was a little disappointed. Would I even enjoy cooking club if we were making foods familiar to me?

The answer was heck. yes.

Each of the Americans was put in charge of a recipe and a cooking station – I ended up running the dessert station where we made mini King Cakes.

From the very beginning, it was so. much. fun.

I liked being in charge and doling out jobs. (Notice no shots of me mixing by hand! MWAHAHAHA)

I liked trying to explain Mardi Gras traditions in a family-friendly way to my new friends. (Turns out, they know a lot more English words about inappropriate behavior in public than I ever would have guessed.)

And I LOVED the genuine delight they all took in the convenient novelty that is Pillsbury Crescent Rolls. Our station became the most popular once word of the magical compressed-tin dough spread. They studied it, discussed it, and took turns popping each tin.

Although our station might also have been the most popular because it was the most delicious. And obviously because taste-testing was an integral part of our work.

In my experience, Mardi Gras and New Orleans is a big, glorious mess, so it was so interesting to me how precisely the women decorated each mini cake. They meticulously brushed glaze over the top of each one and delicately sprinkled colored sugar atop them. 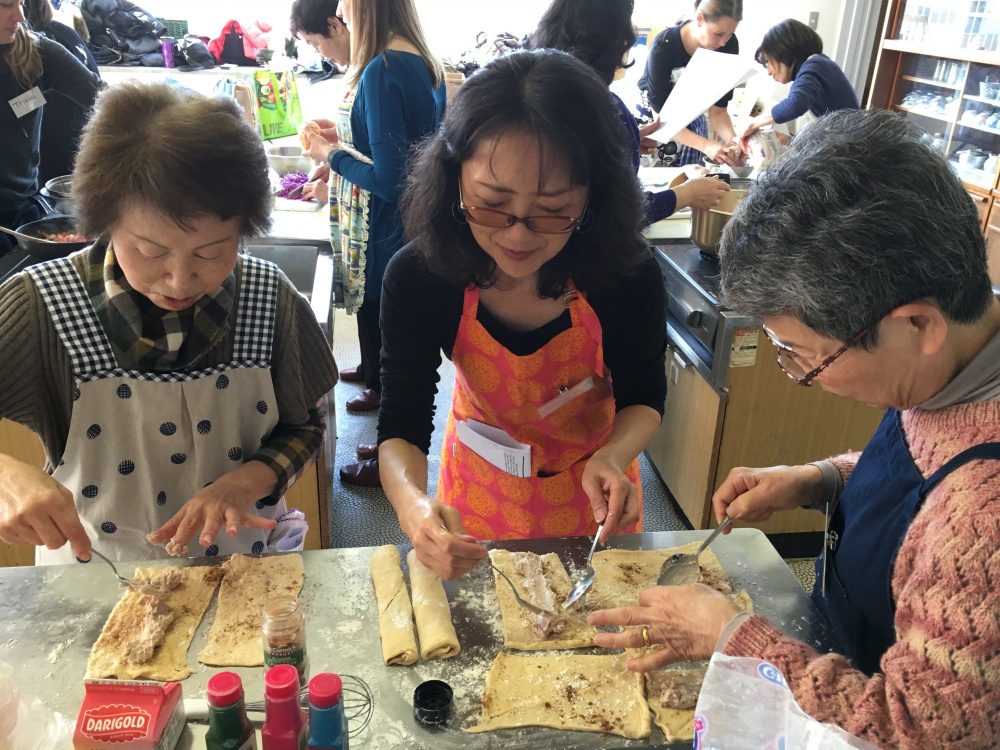 I showed them the ‘American’ way of decorating, which was to dunk the whole top of the cake in the glaze and throw sugar on top like I was tossing beads from a parade float.

I’m fairly sure they appreciated my panache, but they stuck with their way.

After all the cooking was done, we sat down to enjoy the meal we’d made together.

And ended with our delicious mini-King Cakes, beautifully made, decorated, and plated by our dessert station. This one is a flower! 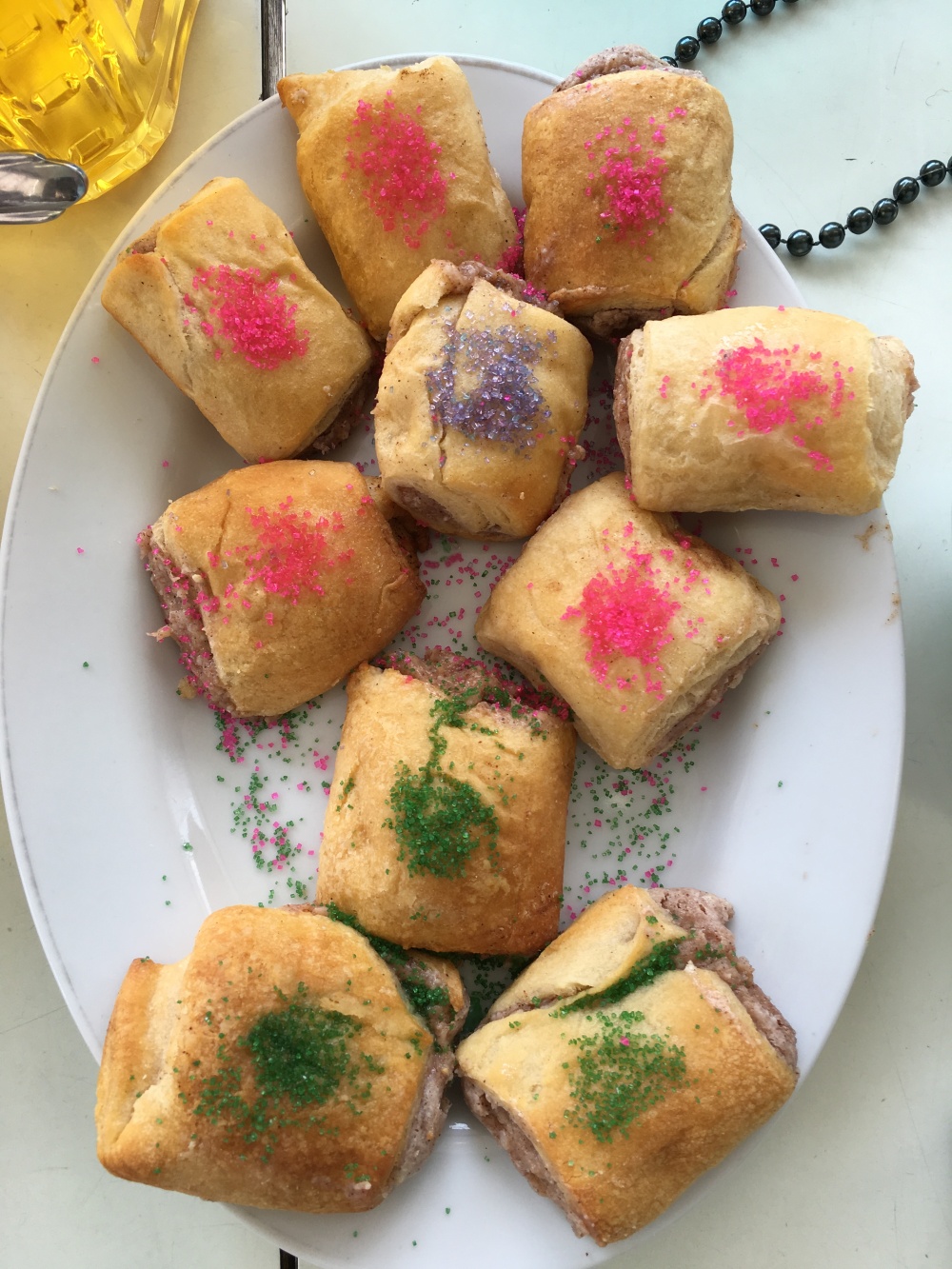