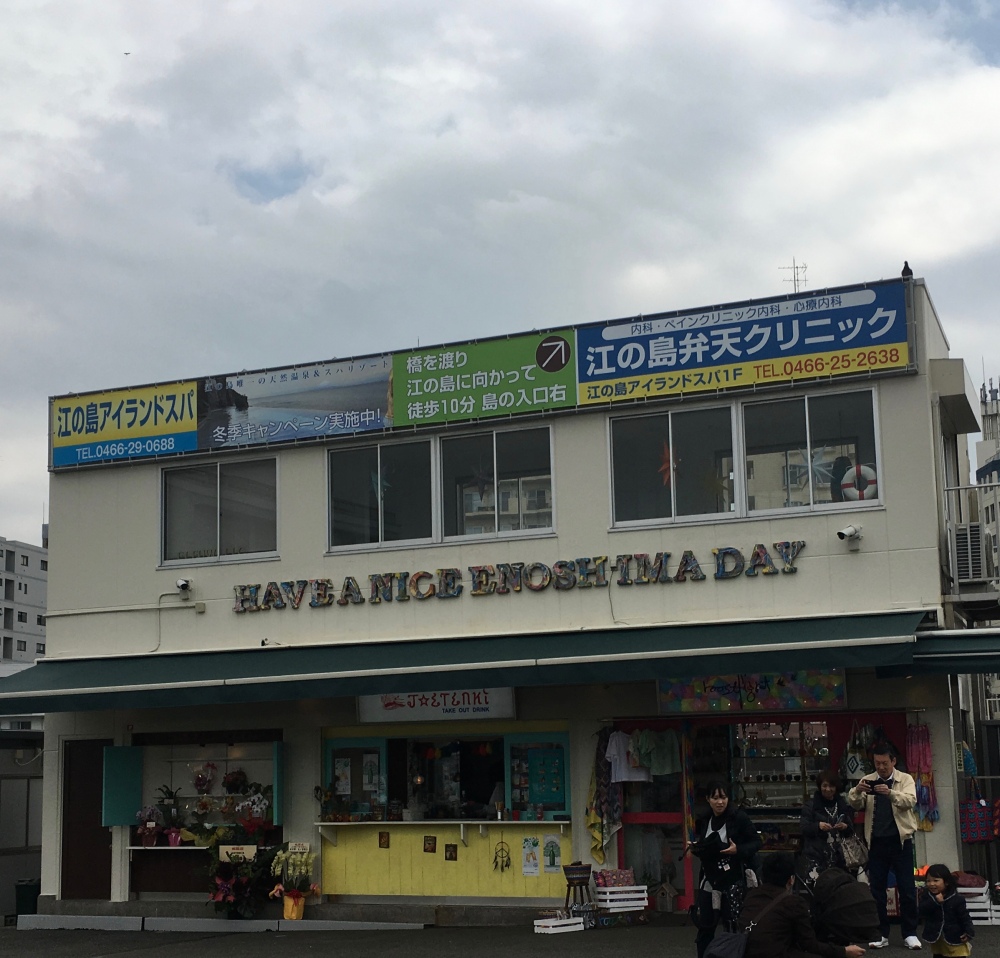 When MBH had an unexpected three-day weekend, we took our son to Enoshima, an island just off the coast. It was a trip I’d been saving for a two-parent day, given the crazy amount of stairs and cliffs and hills on the island.

It was possibly one of the most Japan things we’d done – we didn’t see another Westerner the entire day. It was a Japanese holiday, and like us, most people had brought their families out to enjoy the magical Enoshima.

We stopped by the shrine first, tossing coins into the dragon fountain (third time’s the charm!) and following the Japanese stepping one-by-one through the giant green circle, whose meaning I never quite figured out. 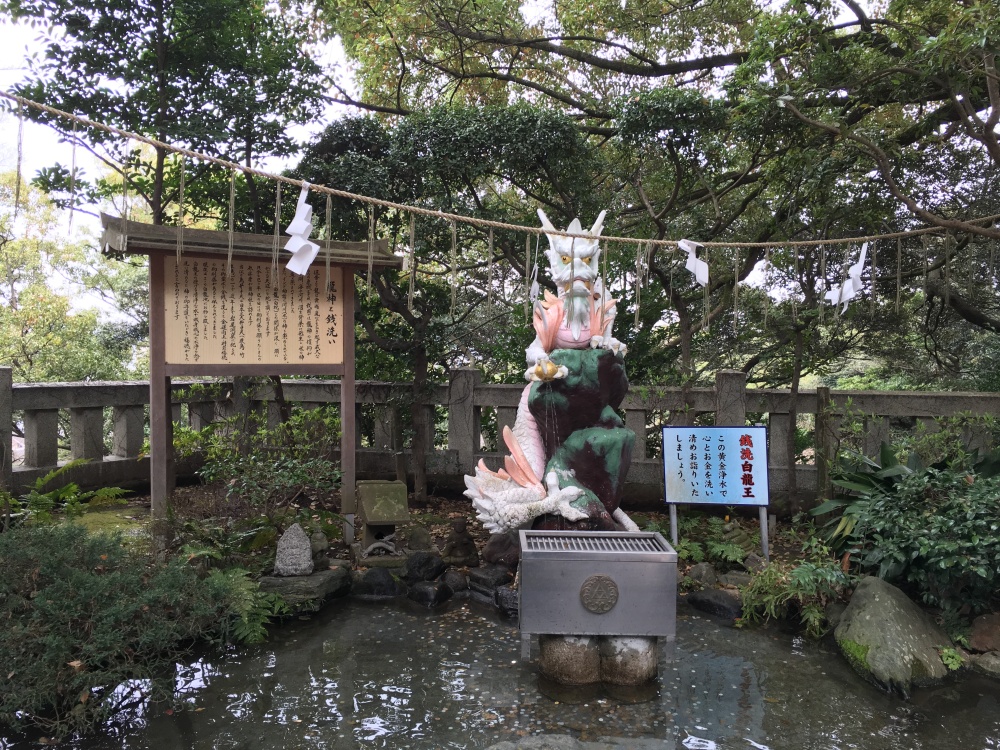 From there, it was up about a billion more stairs to explore the island – given the holiday, there were street performers, which our son loved and enthusiastically clapped & cheered.

There were beautiful gardens and a water shrine where you drip water down into the caves. 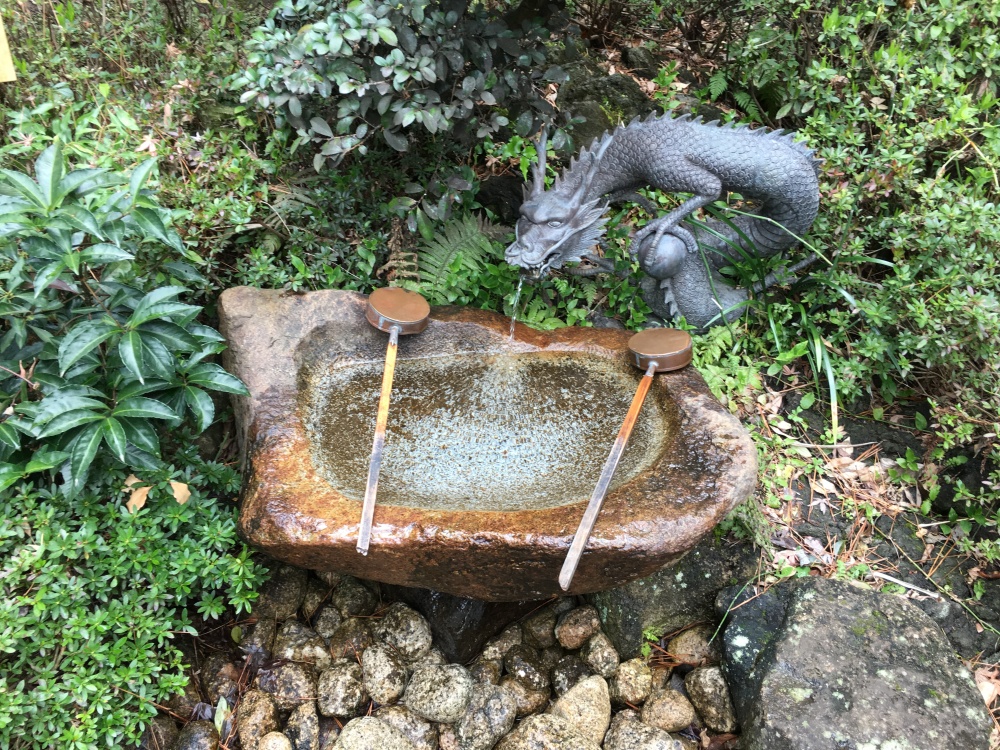 And… an Enoshima squid dog. Or, a ‘hot squid’ if you prefer. 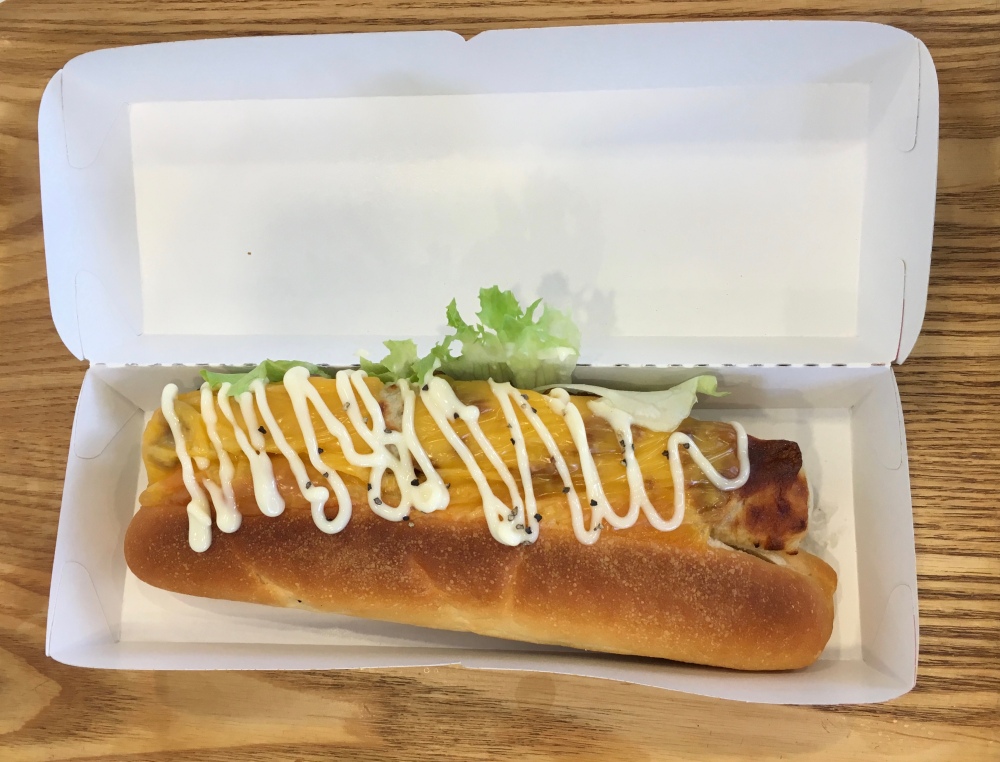 A surprisingly delicious squid tentacle in a hot dog bun, covered with curry. Which again, was so much more delicious than it possibly sounds. Everyone tried a bite and everyone loved it!

To get to Enoshima, travel to the Katase-Enoshima station and exit straight ahead – you’ll see the island in the distance. Cross the bridge, then turn right and go under the tunnel to the foot bridge and head toward the island!