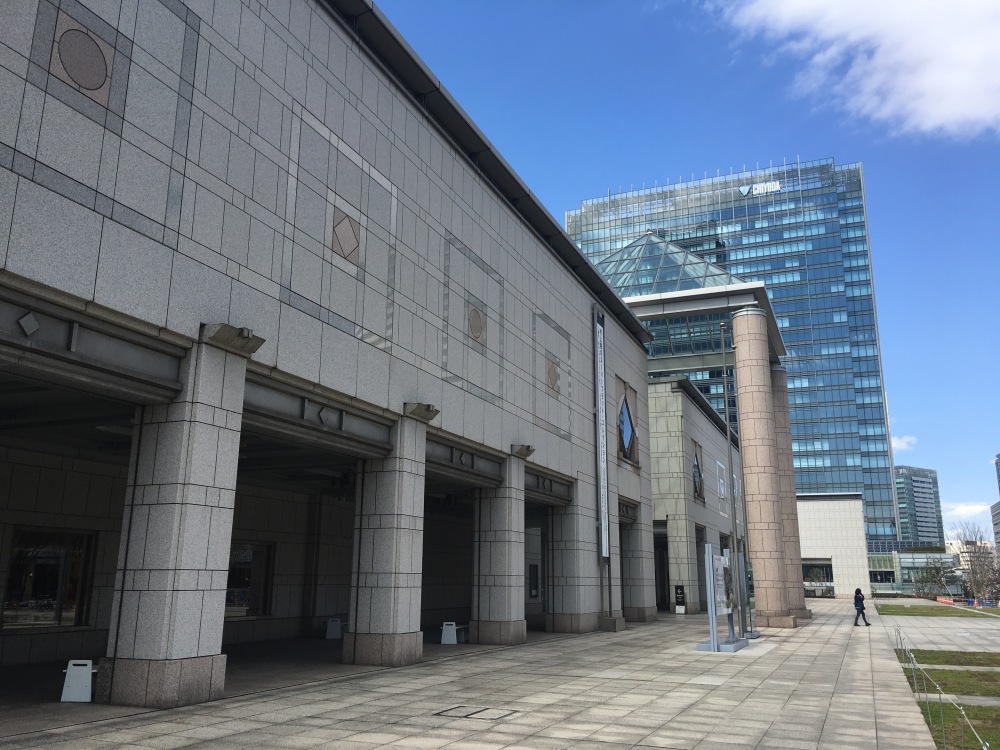 There are some days when traveling with our two-year-old is fun and easy. He’s in a wonderful mood, we catch all the right trains, the activities are awesome, and we have a completely magical time. 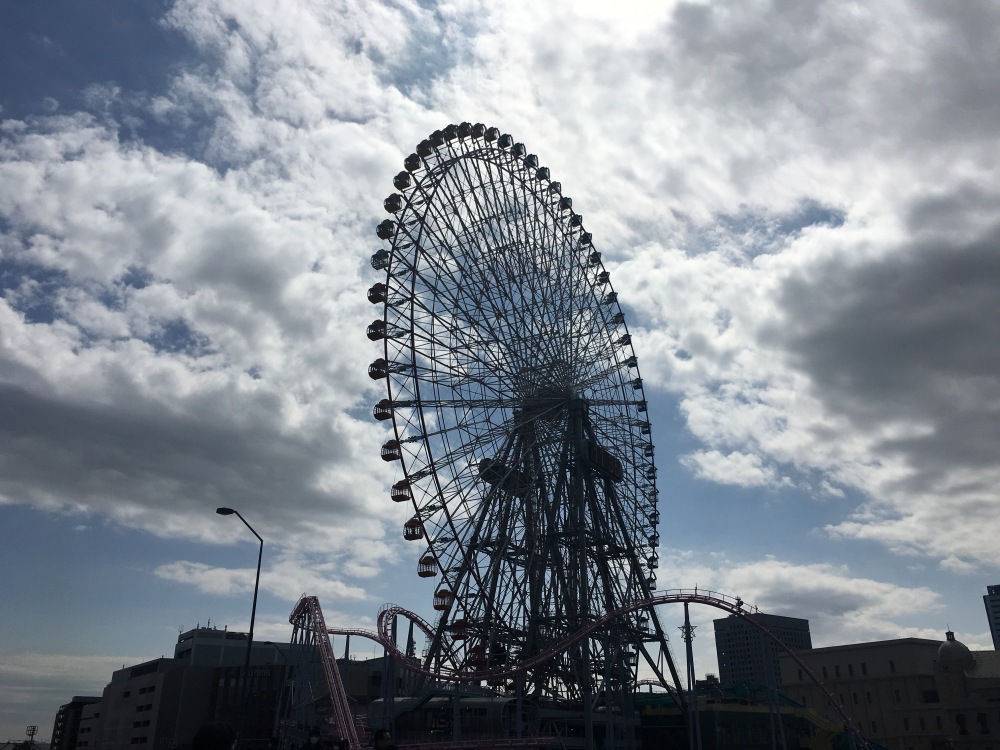 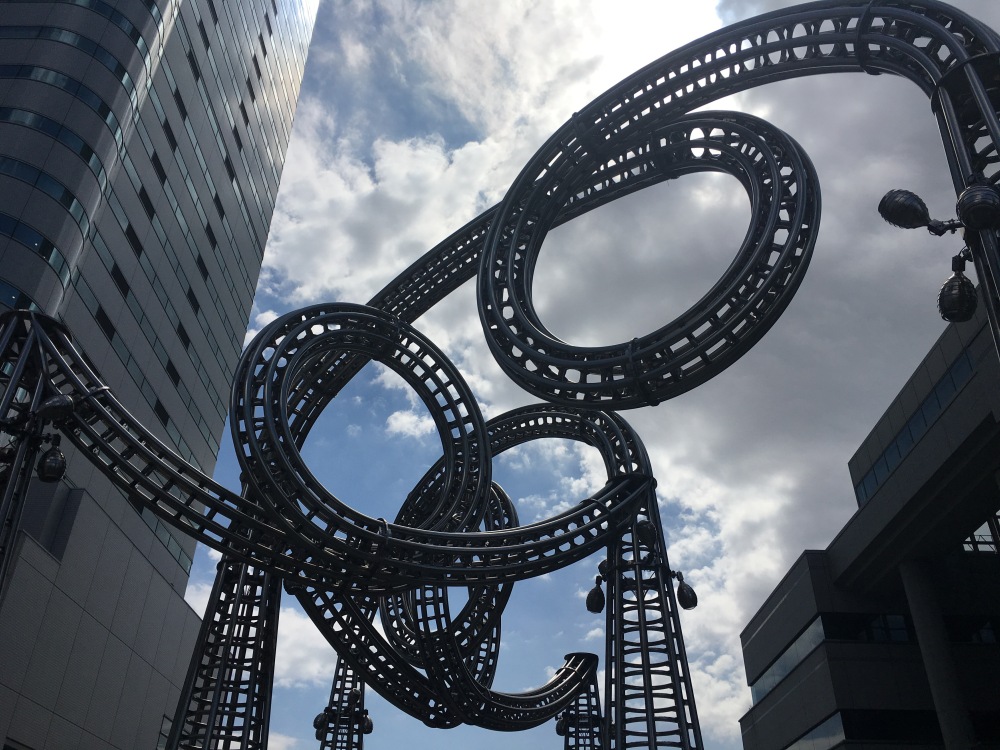 Then there are days that are a tad bit harder. To be perfectly honest, most of those days tend to be days where we as parents have made questionable decisions.

Like the day I decided to take my son to the Yokohama Museum of Art with a friend. Which sounded completely reasonable when I initially thought of it. They host a Children’s Workshop, so clearly children would be welcomed. Right?

From the moment my friend and I arrived, things started going… slightly wrong.

My son demanded to push his own stroller as soon as we got through the door. As I was trying to dissuade him from steering it right into a glass enclosed sculpture, we managed to pay our entry fees and actually walk inside.

We started in the photography exhibit. It seemed safe. Photos would be up high, right? Out of grabbing and poking distance? Super safe.

At the far end of the exhibit, there was a chair which my son ran straight toward. The chair was on a platform, yes, but it was still a chair… in the corner…

If you’ve already guessed that the chair was an exhibit, gold star for you! I figured it out just as his sneakered foot stepped onto the platform and the docent lunged forward in a panic at which point I ran forward in a panic and grabbed him off it, but not before he left behind a tiny black scuff on the pristine white platform.

Since we are in Japan, the docent hardly even admonished us, trusting that the personal shame we felt was probably punishment enough. (It was close). 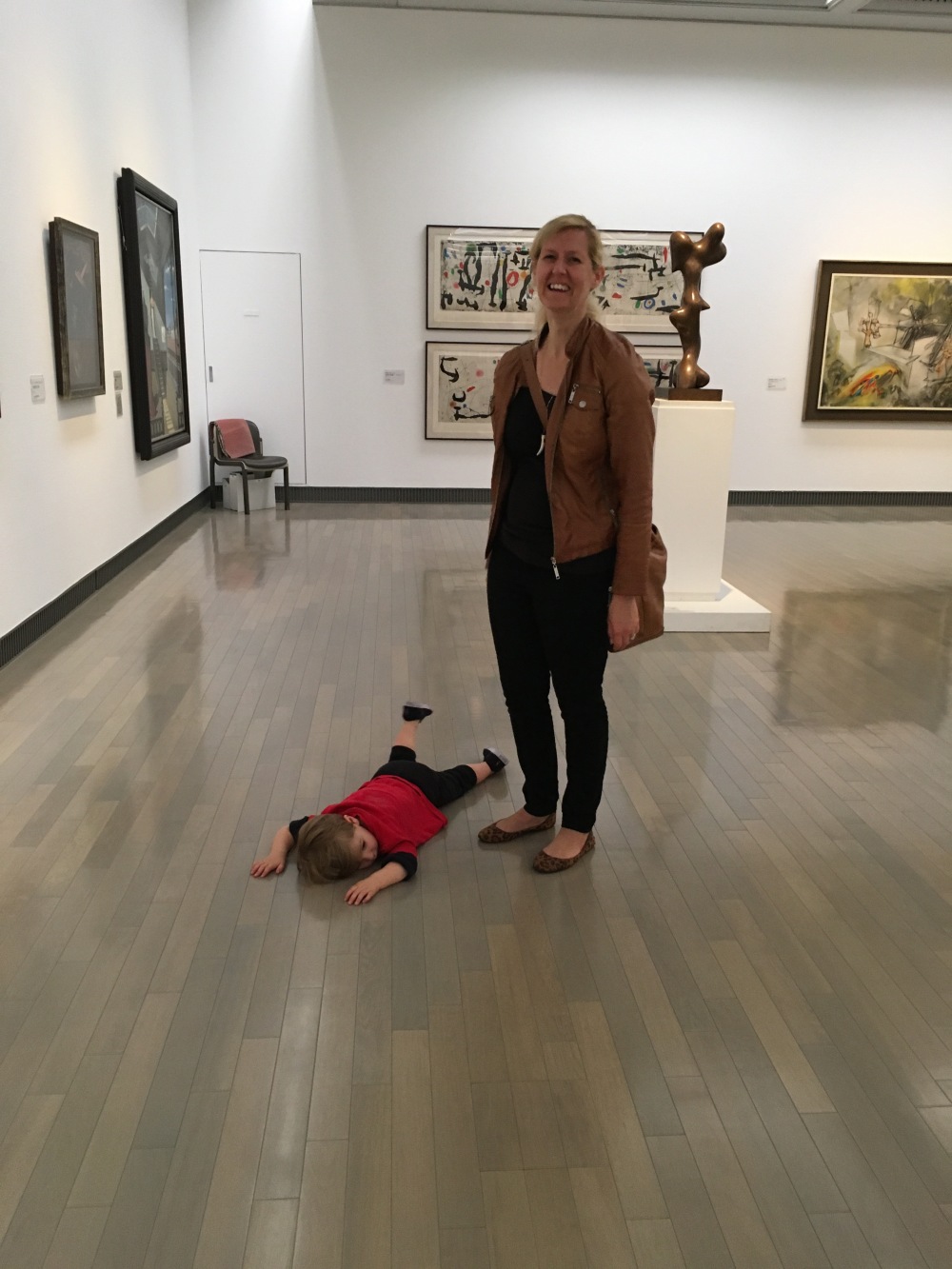 She absolutely did radio around to the other docents about us though, because we were (rightly) watched with eagle-eyes in every other room we went inside, moving my son along with a mix of hand-holding, bribery, and being strapped down in his stroller. 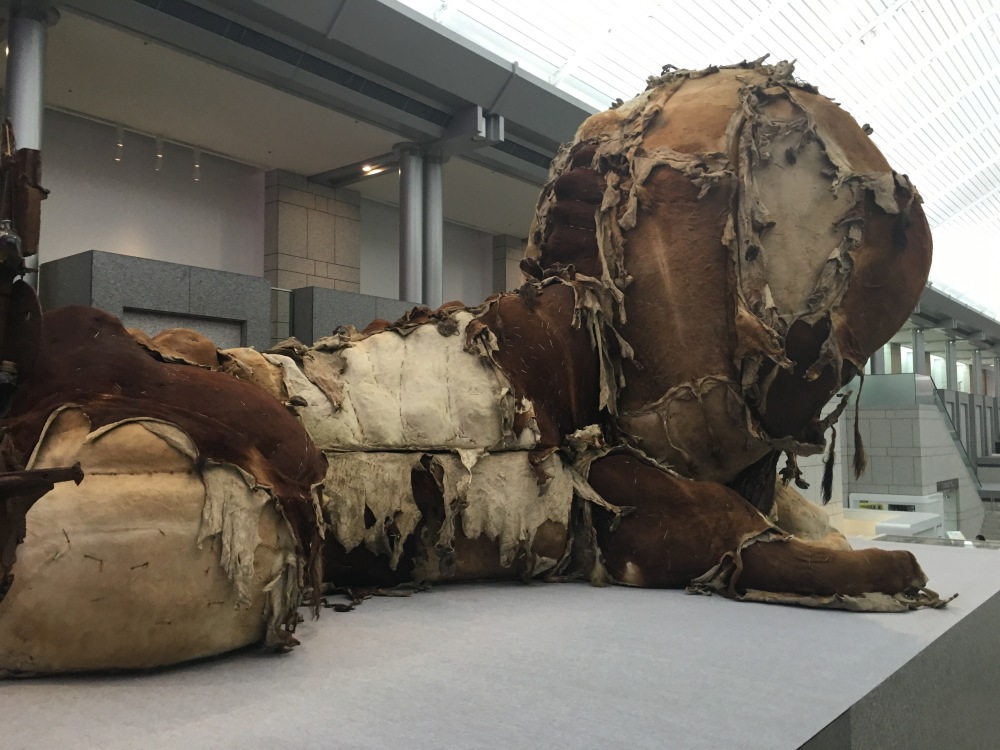 The museum wasn’t that big and we didn’t stop to linger over the art like I could have without a toddler, so we were done fairly quickly and left the museum for a Plan B of the famed Yokohama Red Brick Warehouse, which was closer to a park where my son could run around.

He decided not to wait for that, though.

If you look closely, you can see very clearly the “Please Keep Off Grass” sign.

At this point, he’d figured out that a fun game ensued whenever he crossed underneath a barrier. So when we arrived at the Red Brick Warehouse, where their Easter display was under construction, he was ready for Round Three. 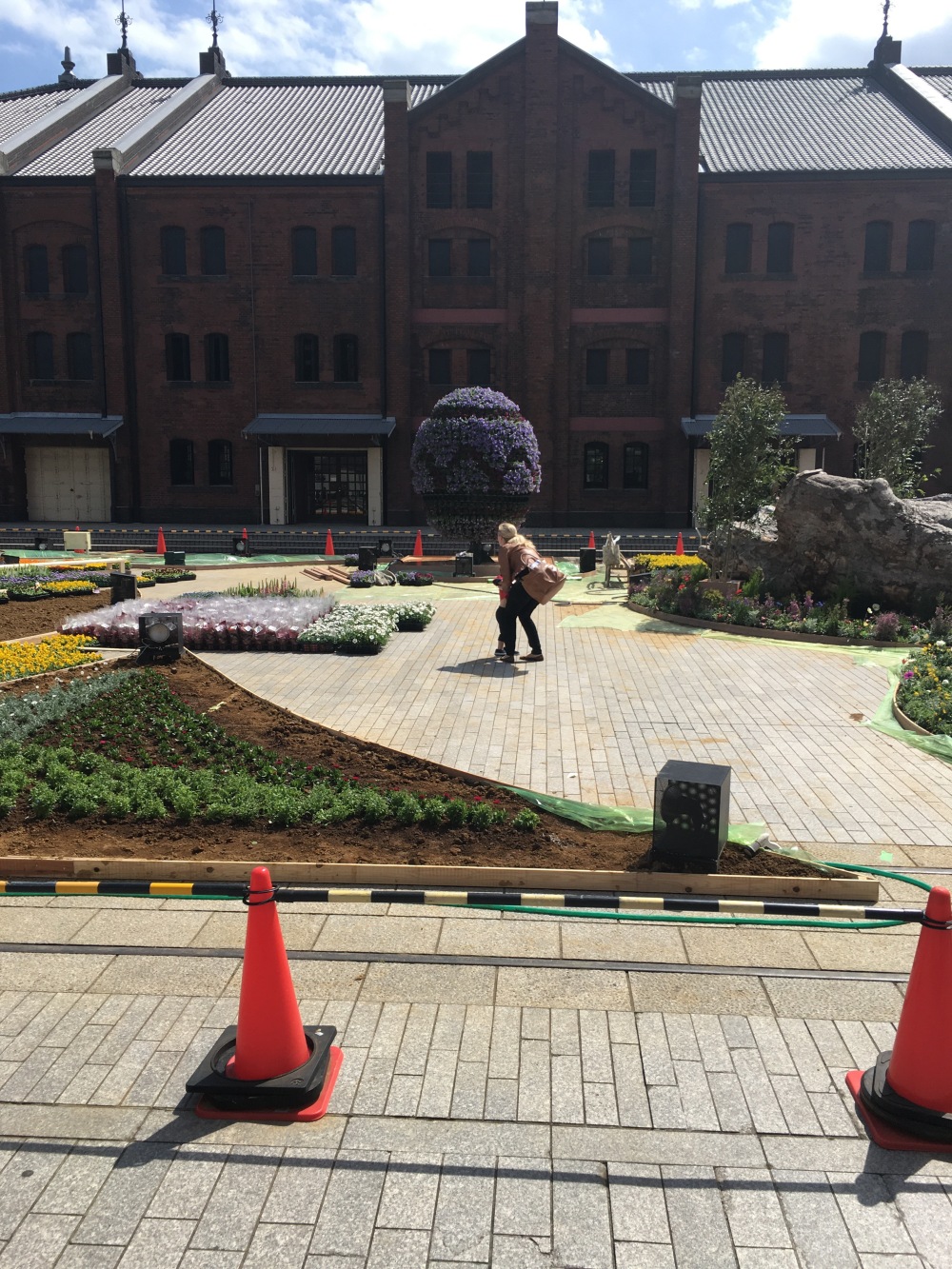 Until finally we corralled him into the open park, where his little legs could run free and happy at last. 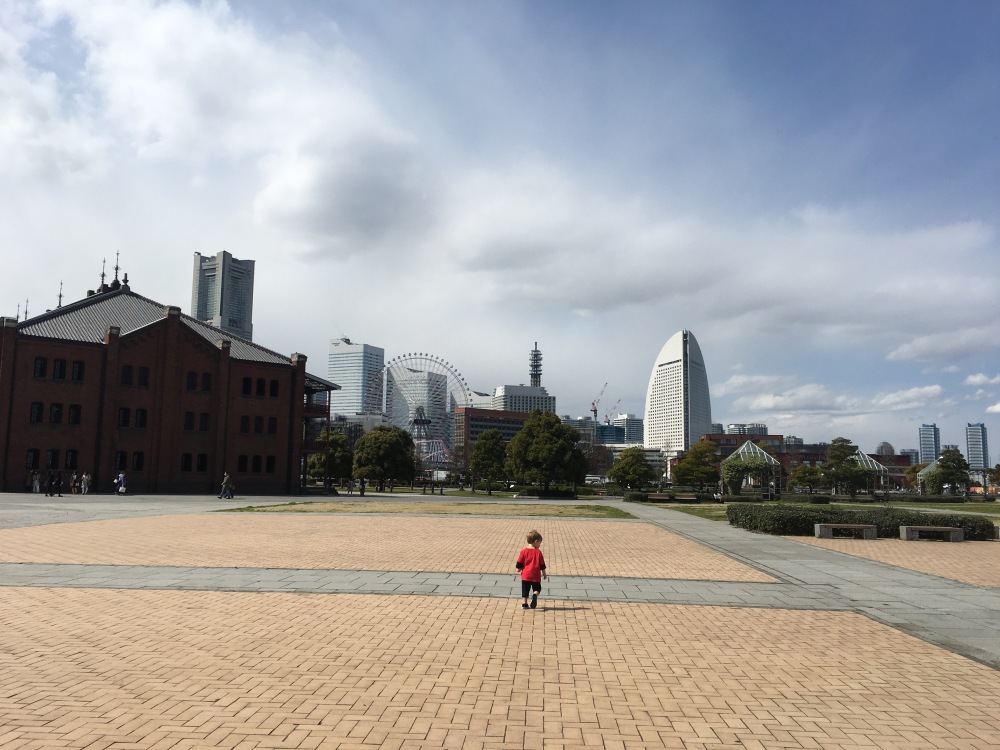 To enjoy the Yokohama Museum of Art, stop at the Minatomirai Station. It’s a short walk from there, cutting through the Mark Is Minatomirai building’s front door. We walked from there to the Red Brick Warehouse, but a closer station would be Nihon-Odori.